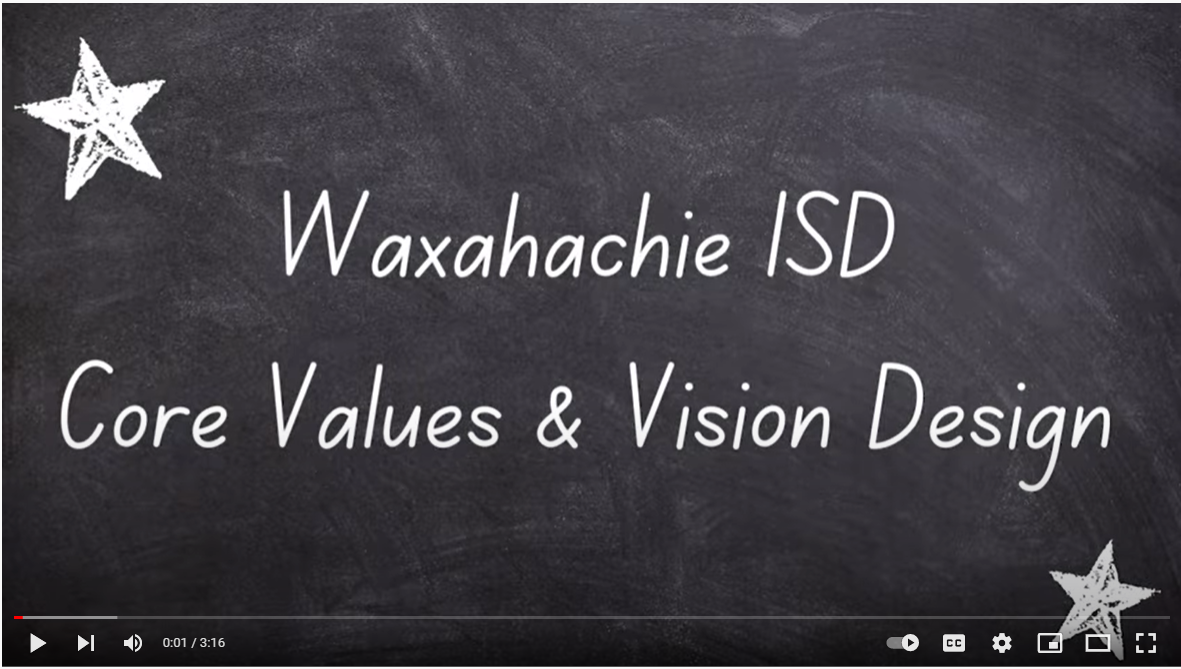 The process to identify the district’s core values and vision statement took nearly three months. Working with CSG, we kicked off on September 20, 2021, with an event at Waxahachie High School, which all stakeholders in the community were invited to attend. Our survey also launched that night and was open for approximately a month, during which time we received more than 2,400 responses from throughout the community.

A diverse group of 60 stakeholders, including current and former students, parents, teachers, district staff, and community members, participated in one-hour one-on-one interviews with the CSG staff throughout the month of October 2021.

All of the data collected from the surveys and interviews was synthesized, and four common themes were identified, which became the basis of the district’s core values. The first group to review this information was a group of 15 junior high and high school students from throughout the district. They were phenomenal and provided us with some great feedback.

The final group of 30 stakeholders, including students, teachers, staff members, parents, and community members, formed the alignment team. They spent a total of 24 hours over two days in November 2021 poring over the data and working to be the voice of the community.