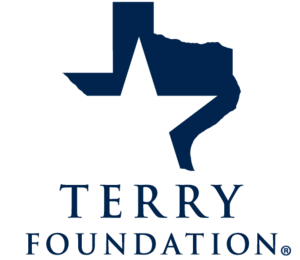 Two Waxahachie High School students have earned the opportunity of a lifetime. Through the Terry Foundation, Caitlin Richardson and Donovan Maynard will have all four years of college tuition and fees paid for along with books, and living expenses to prevent them from having to obtain student loans.

Richardson — the 2020 WHS salutatorian — received the scholarship to go to the University of Texas, where she will study biology as a pre-med student. 2020 graduate Maynard received the award to attend Texas Tech University.

“This scholarship is such an honor to receive,” Maynard wrote in an email. “It would have been extremely hard for me to go to school without it. It is such a blessing to be able to take my education to the next level and not have to worry about how I will pay for it.”

To be named a Terry Scholar is a prestigious accolade. WHS principal Tonya Harris commended the two recipients, saying, "This is an extremely rare honor, and to have two of our students receive this accolade is extraordinary. I'm very impressed with these two seniors and am excited to see their post-secondary achievements."

Applicants must be nominated by one of the 13 Terry-affiliated Texas public universities after they receive thousands of applications. Universities narrow their pools down to less than three dozen nominees for interviews.

A Terry Foundation spokesperson noted the program is an extremely competitive process.

"This year, our Terry Interview Panels voted for 160 candidates to be Terry Scholars," said the spokesperson. "That's about a 35% chance of being selected if a student is invited to interview."

A total of 454 people were interviewed, and 160 scholars were selected.

Applicants undergo an interview process where they answer questions from a panel consisting of six current and former Terry Scholars. Questions surround academic and personal background, as well as family financial circumstances.

Terry Scholars are selected based on three criteria points: leadership potential and character, scholastic record and ability, and financial need. Each criterion is weighted equally and independently.

"Terry Scholars are chosen because they exhibit a well-rounded personality, grounded in a desire to succeed, and a demonstrated history of community leadership," according to the scholarship's website.